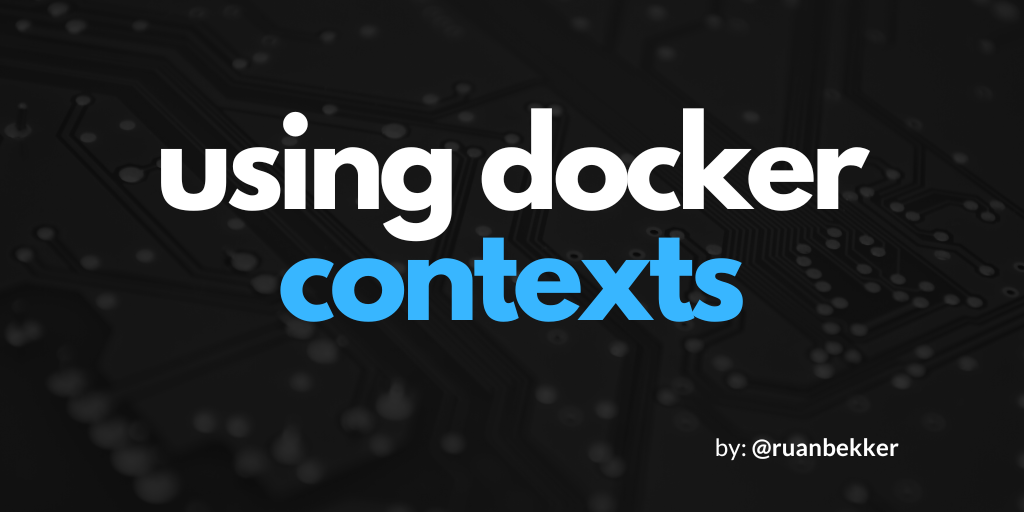 Often you want to save some battery life when you are doing docker builds and leverage a remote host to do the intensive work and we can utilise docker context over ssh to do just that.

I will be copying my public key to the remote host:

On the client (my laptop in this example), we will create a docker context called “home-server” and point it to our target host:

We can verify if this works by listing our cached docker images locally and on our remote host:

And listing the remote images by specifying the context:

We can set the default context to our target host:

Thats something of the past, we can just point our docker context to our remote host and run the container. If you haven’t set the default context, you can specify the context, so running a docker container on a remote host with your docker client locally:

Now from our client (laptop), we can test our container on our remote host: