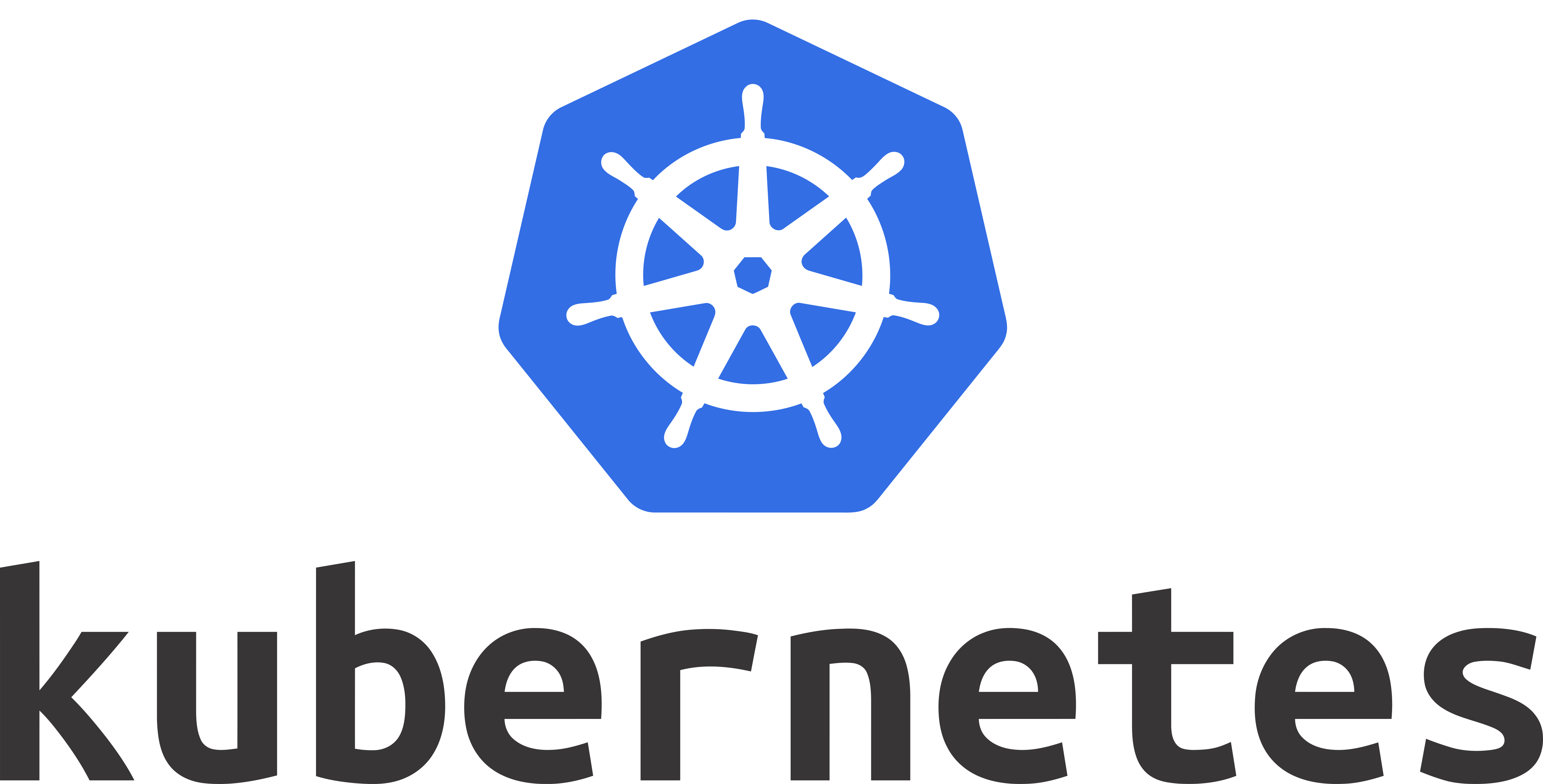 What will we be doing

In this tutorial we will setup Traefik as an Ingress Controller on Kubernetes and deploy a logos web app to our Kubernetes Cluster, using frontend rules to map subdomains to specific services.

We will have 3 subdomains, being mapped to containers from the below docker images:

If you would like to get the source code for this demonstration you can checkout this repository: https://github.com/ruanbekker/traefik-kubernetes-scaleway-demo

Provision Traefik as an Ingress Controller

Apply role based access control to authorize Traefik to use the Kubernetes API:

Consulting Traefik’s documentation, when deploying Traefik, it’s possible to use a deployment or a demonset, not both. More details on why

I will go ahead and apply the Daemon Set:

The Traefik UI Service will be associated with a FQDN, remember to set the FQDN for the endpoint, as example:

Deploy the Logo App to the Cluster

We will deploy the logo app to our cluster:

Before creating the ingress for the logo’s applications, we need to set the fqdn endpoints that we want to route traffic to as below as an example:

After some time, have a look at the pods to get the status:

Access the Traefik-UI, and filter for one of the applications. Let’s take OpenFaaS for an example: 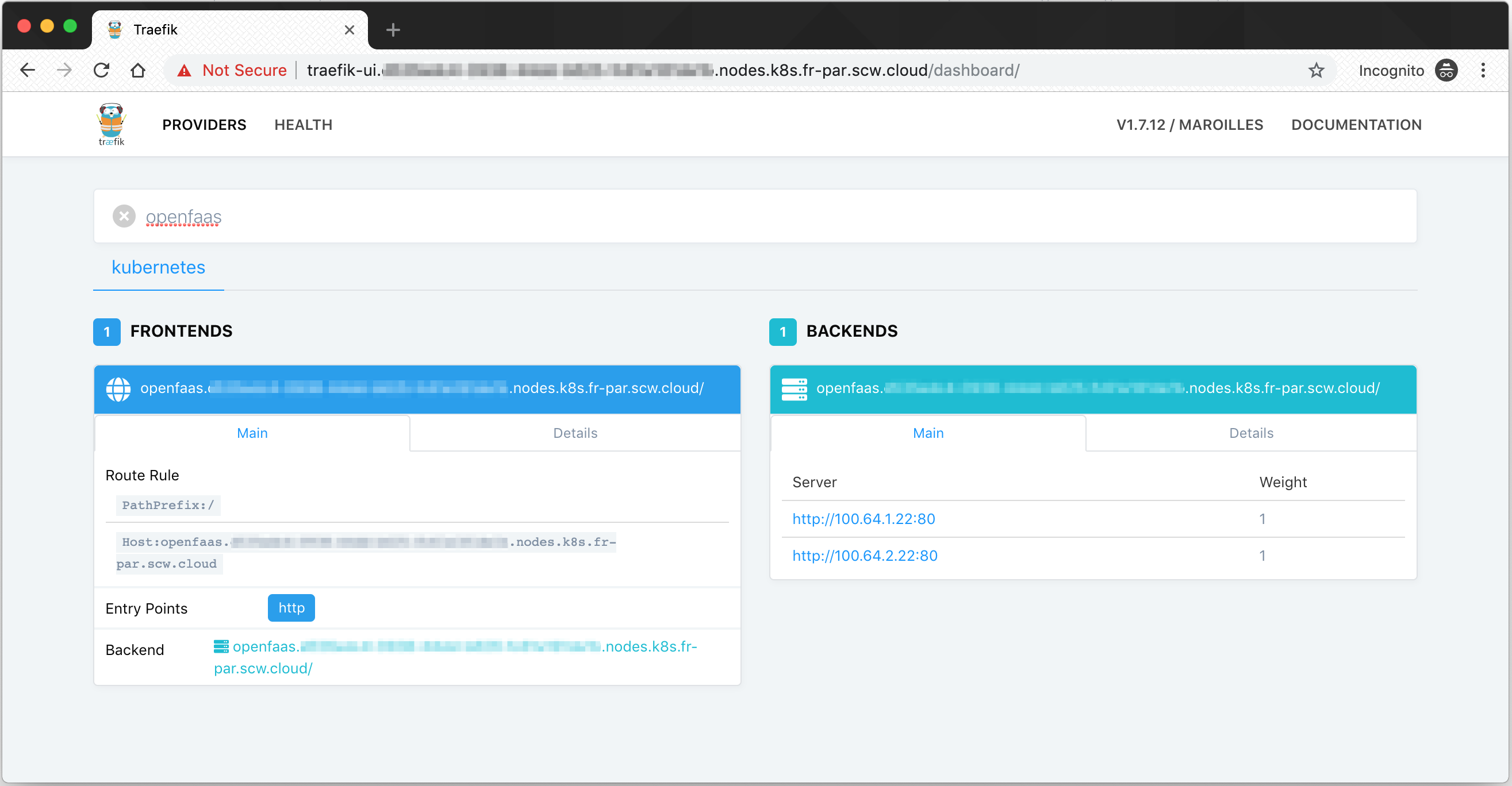 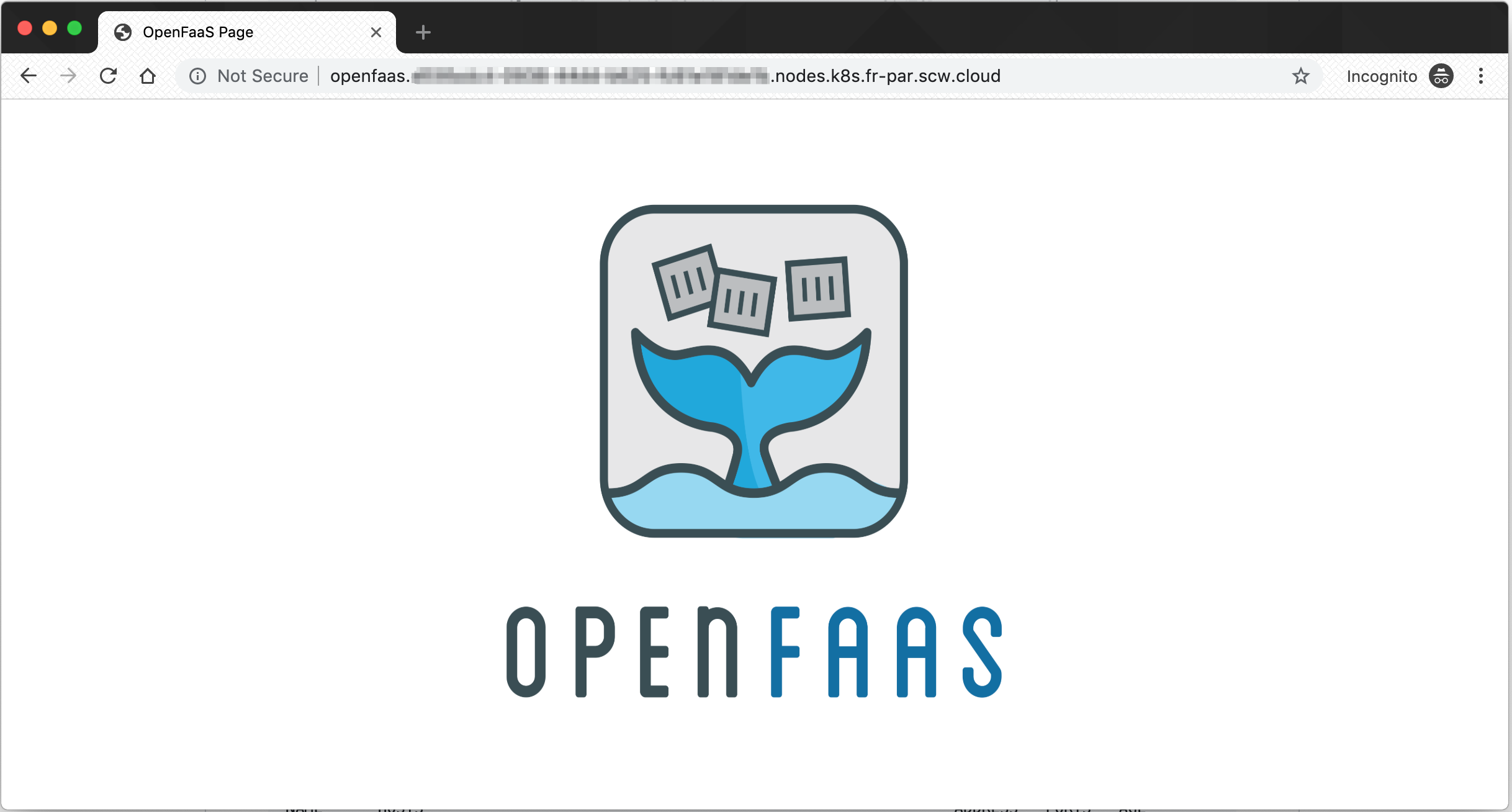